This LibGuide will provide background information and resources into the ongoing conflict in Yemen. This guide aims to aid in learning about the conflict and in providing supplemental resources and locations. 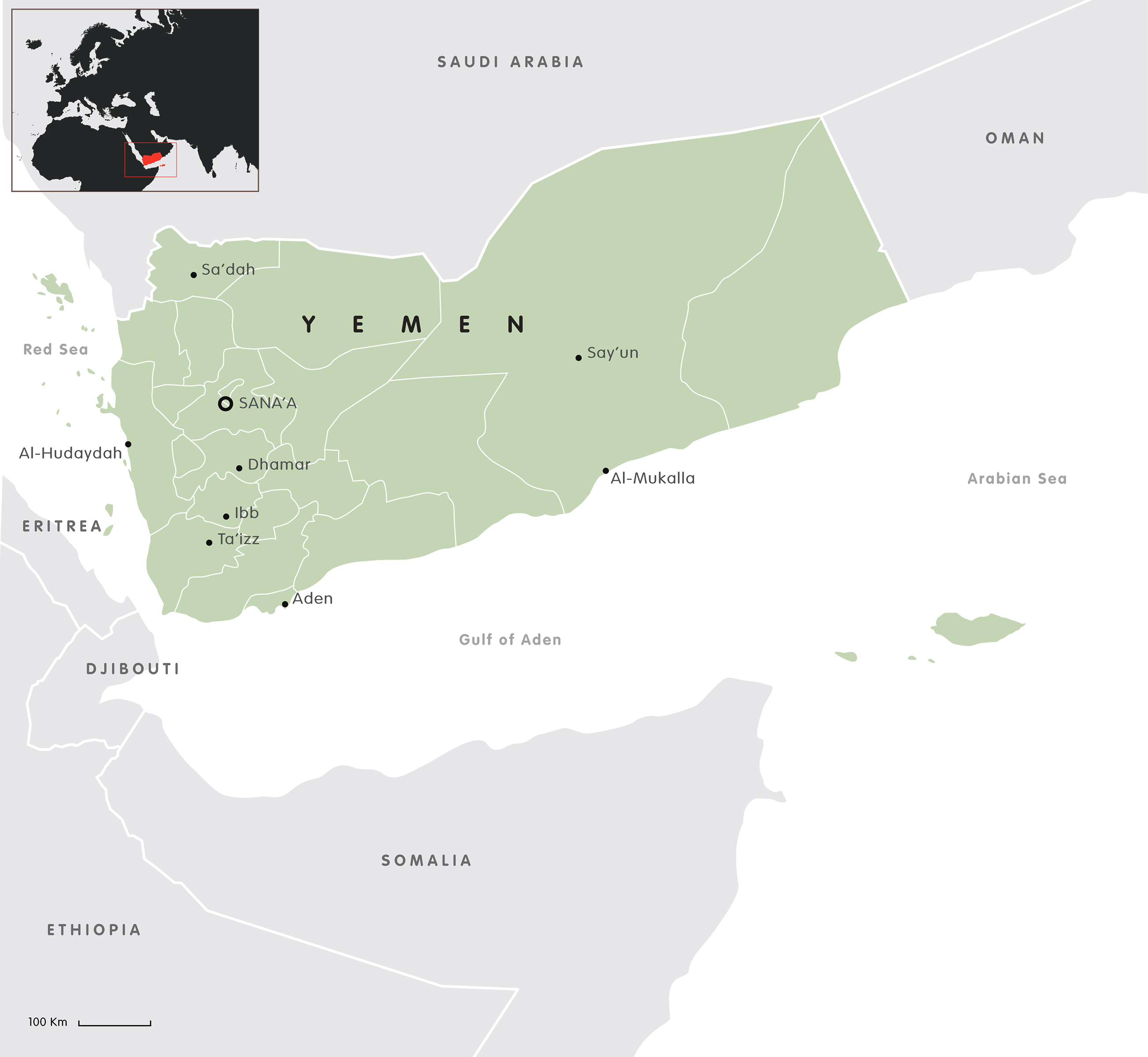 Rather than being a single conflict, the unrest in Yemen is a mosaic of multifaceted regional, local and international power struggles, emanating from both recent and long-past events. The following maps aim to illustrate distinct facets of this conflict, and illuminate some rarely discussed aspects of Yemen's ongoing civil war. 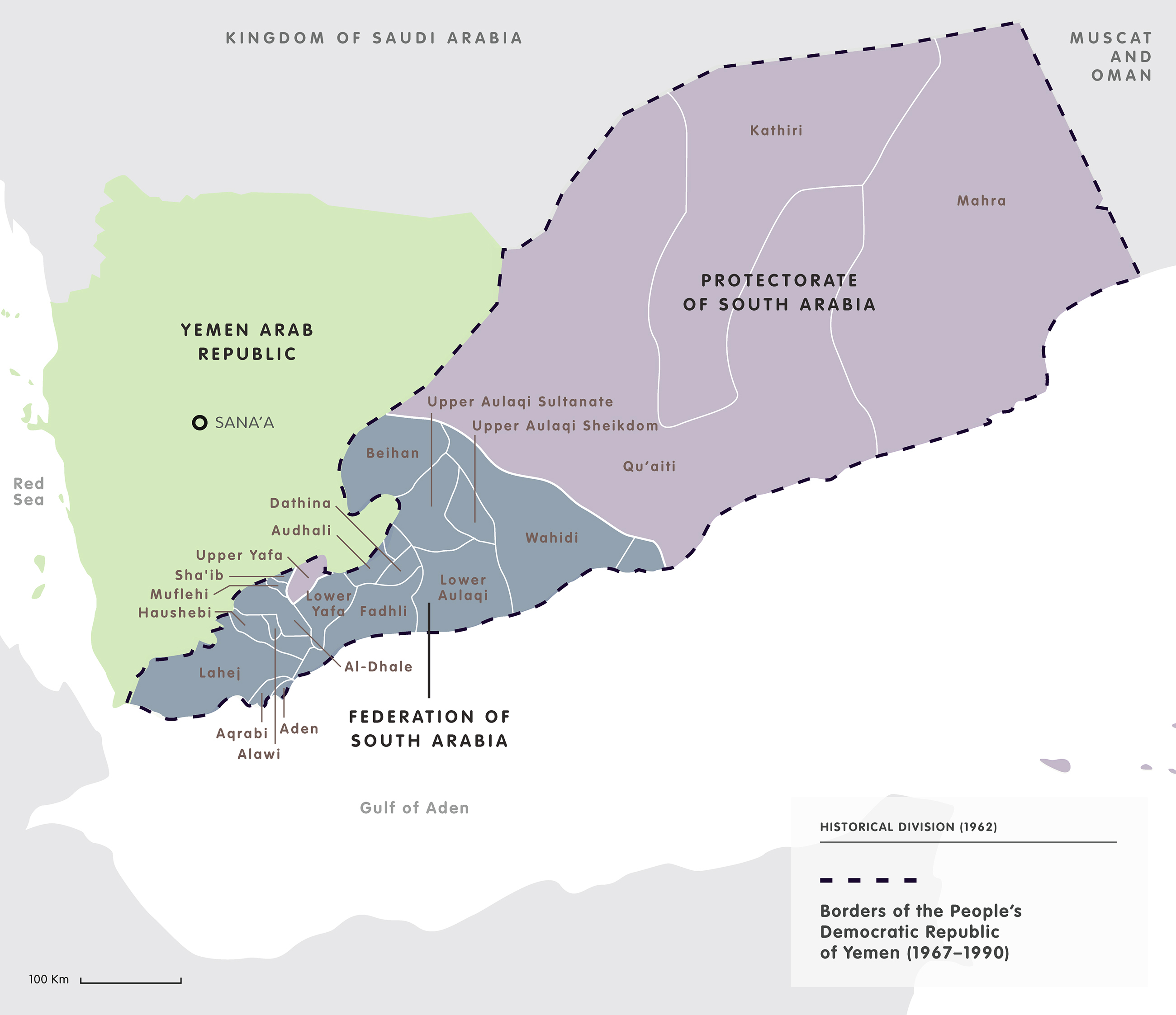 For much of the past century, the country was split into the northern Yemen Arab Republic (YAR) and the southern People’s Democratic Republic of Yemen (PDRY), which were unified in 1990. The line separating north and south is the result of a division of spheres of influence by the British and the Ottomans. The strategic port of Aden was run directly as a colony and British influence. he differences between north and south only deepened after the withdrawal of the British in 1967 and the following decades of rule under the PDRY, which was the only Marxist state in the Arab world. 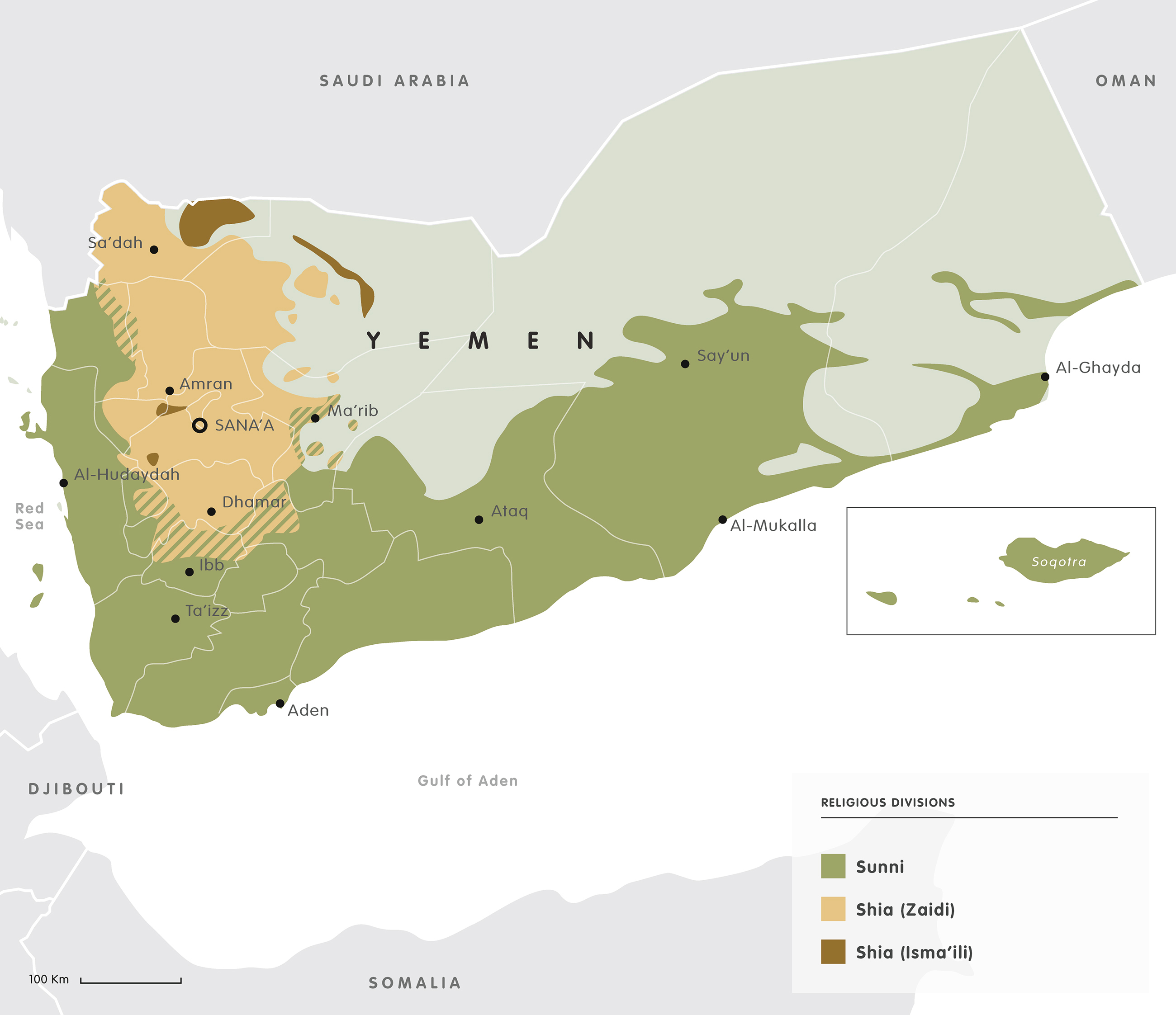 Yemen’s religious divide largely falls along geographic lines, with followers of Shia Zaidism predominant in the northern highlands, along with a small Isma’illi minority, and Sunnis forming the majority elsewhere. But the rise of political Islam—in terms of both Sunni streams, like the Islah party, which incorporates the bulk of the Yemeni Muslim Brotherhood, and Zaidi ones, like the Houthis—has raised tensions, as has the spread of Sunni ideologies in traditionally Zaidi areas, which was one of the key contributing factors to the emergence of the Houthi movement. 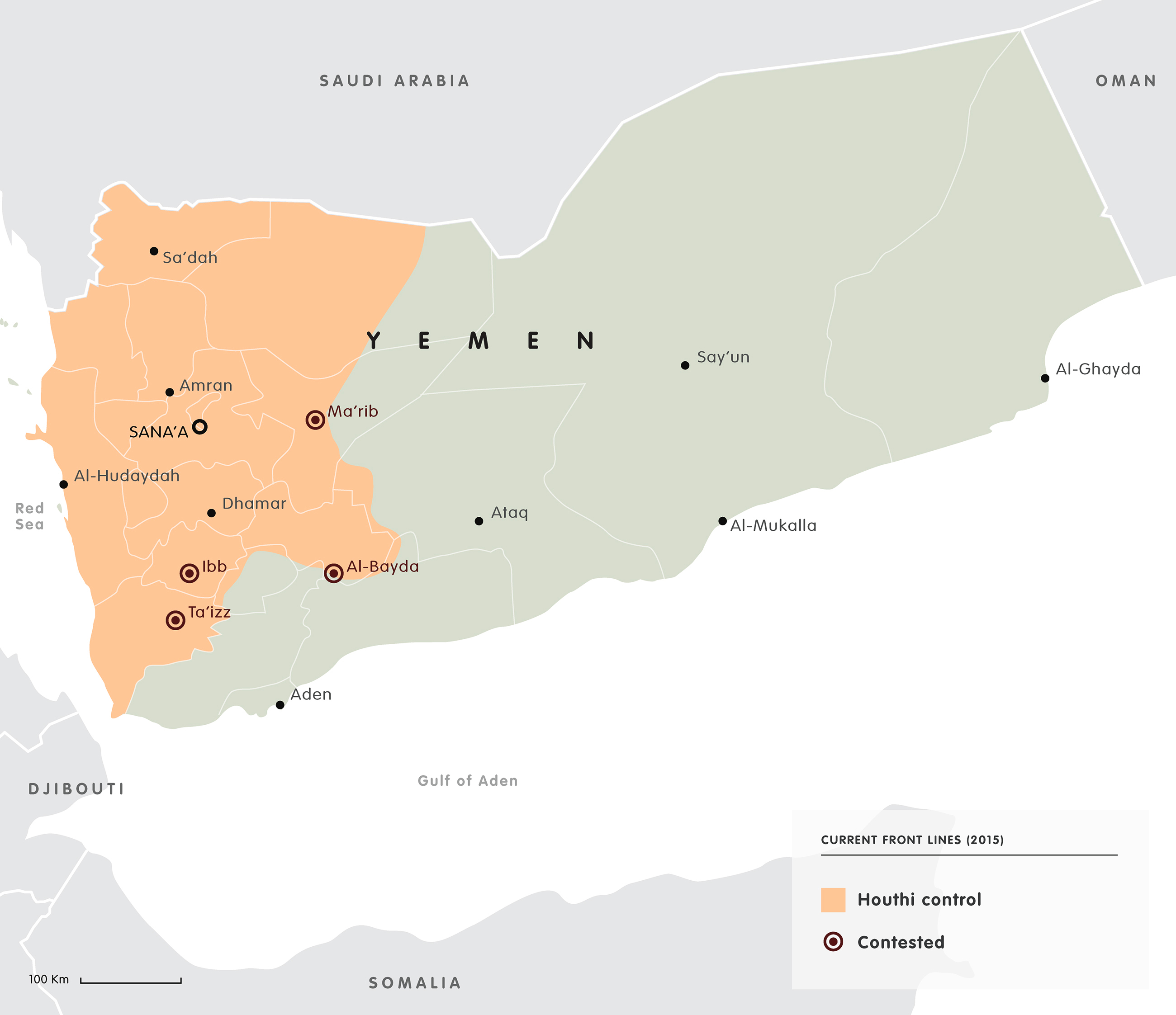 The Houthi rebels continue to fight fiercely against their adversaries, a mix of Saudi and Emirati-backed troops, pro-government military figures, Islamist militants and tribal fighters. But nearly six months after the flight into exile of President Hadi--and the start of a Saudi-led military operation aimed at pushing back against the rebels who toppled him--the state of play in Yemen remains fluid. In some sense, the Houthi rebels have been in retreat, forced out of the bulk of Yemen's formerly independent south. 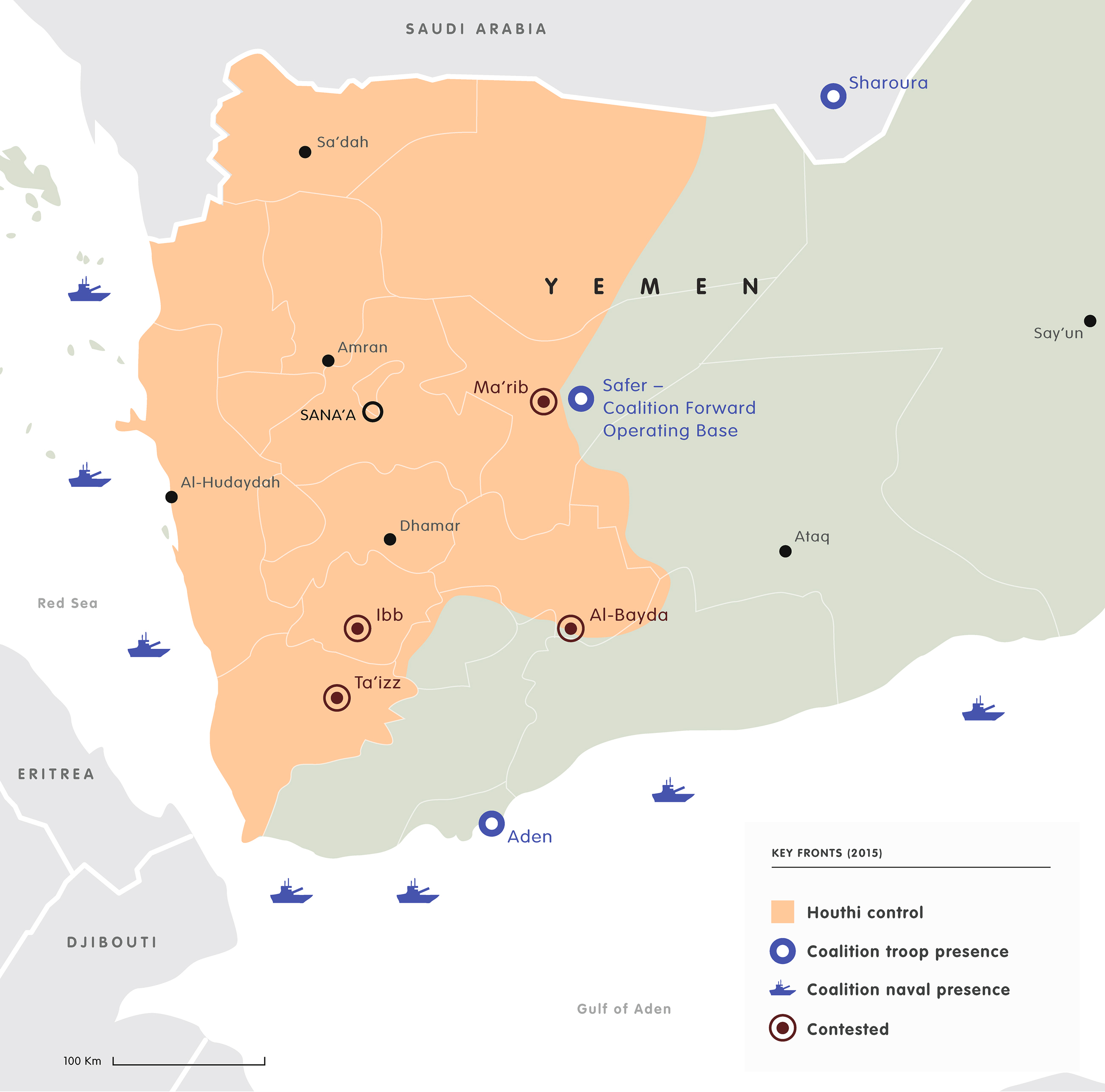 While the Houthis and their allies in the Yemeni military have largely been forced out of Yemen's formerly independent south, they continue to hold their ground elsewhere despite continuing airstrikes, a naval blockade by the coalition, and the efforts of anti-Houthi militias on the ground. 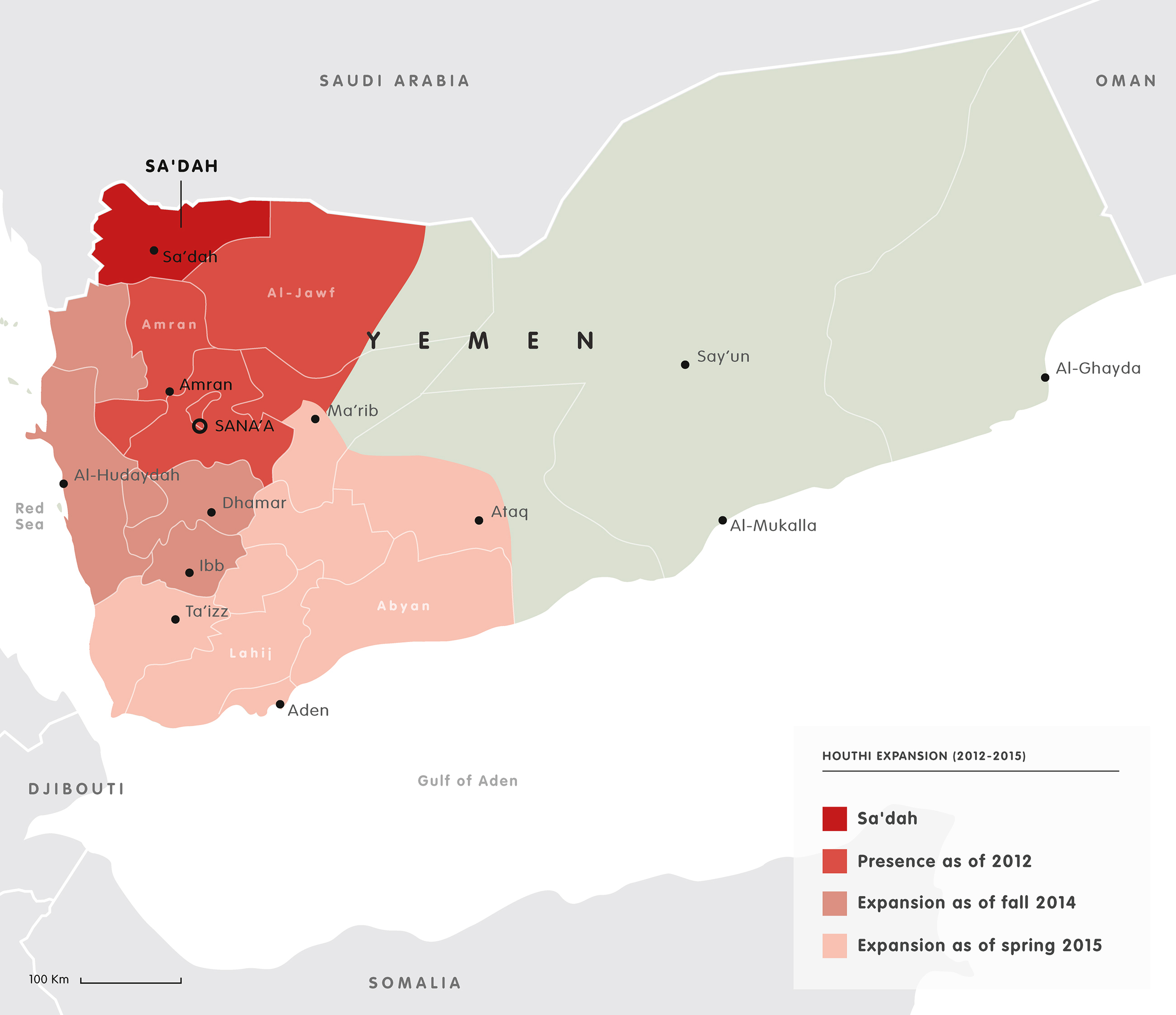 The Houthis emerged out of Yemen’s mountainous far north in 2004 from “Believing Youth,” a revivalist movement founded to shore up Zaidism, which local religious and social leaders feared was under threat from the encroachment of Sunni ideologies.

The Houthis managed to gain control of Saada province amid Yemen’s 2011 uprising, gradually inching closer to the national capital, Sanaa, before taking control on 21 September 2014. In the following weeks they expanded their control south to Ibb province and west to Al Hudaydah.

The rebels forced President Hadi to resign in January 2015 and seized control of areas as far south as Abyan, Aden, and Lahj, before being pushed back in July and August 2015 by resistance fighters supported by a Saudi-led anti-Houthi coalition. 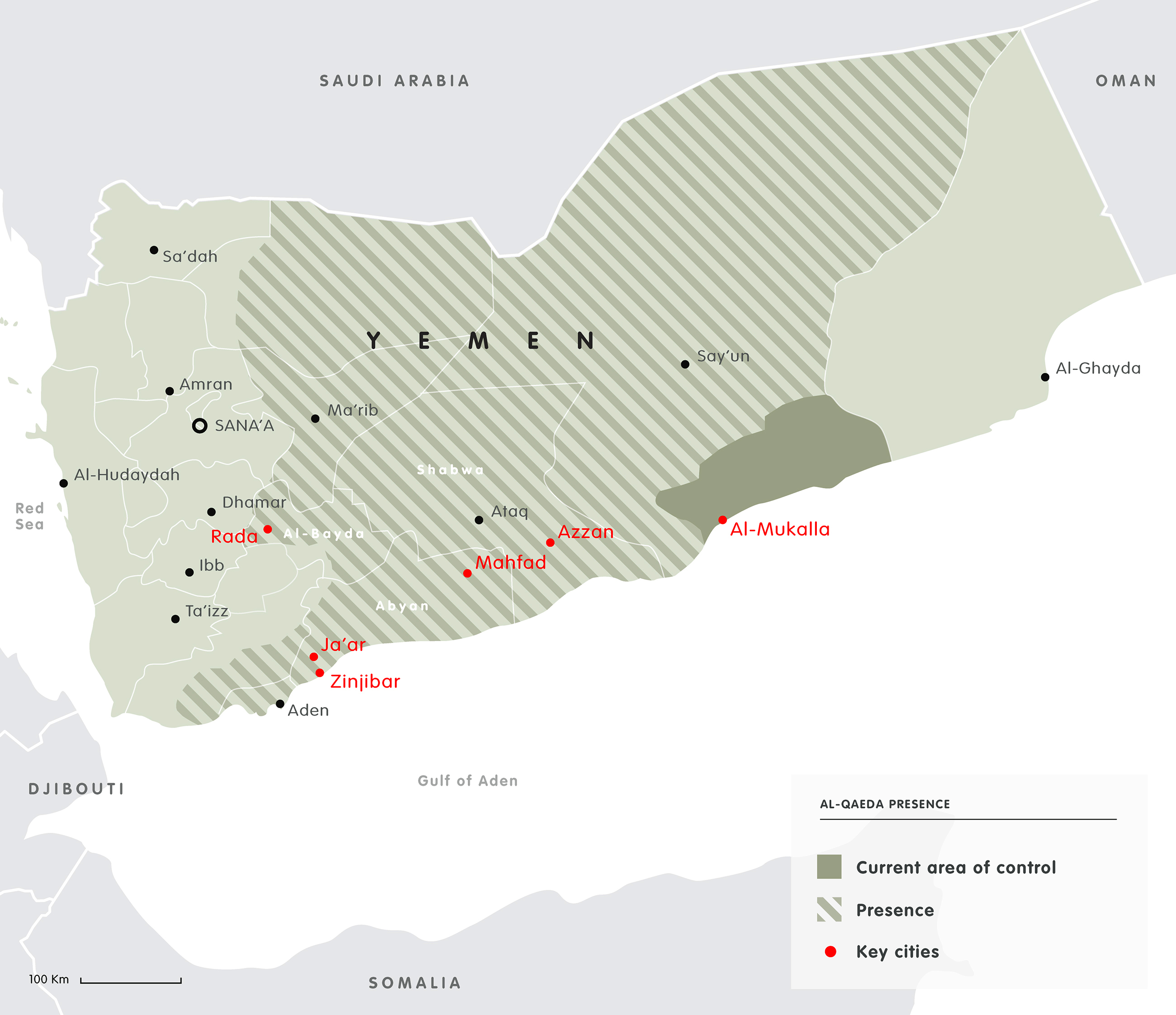 Jihadist fighters returning to Yemen after fighting in Afghanistan and Iraq have for many years continued the fight in the country’s unevenly-governed deserts and mountains. A Yemen-based group, Al-Qaeda in the Arabian Peninsula (AQAP), is considered one of al-Qaeda’s most effective franchises; the United States has waged an ongoing drone campaign against AQAP in response to the group’s attempts to strike US targets in the US itself and abroad. 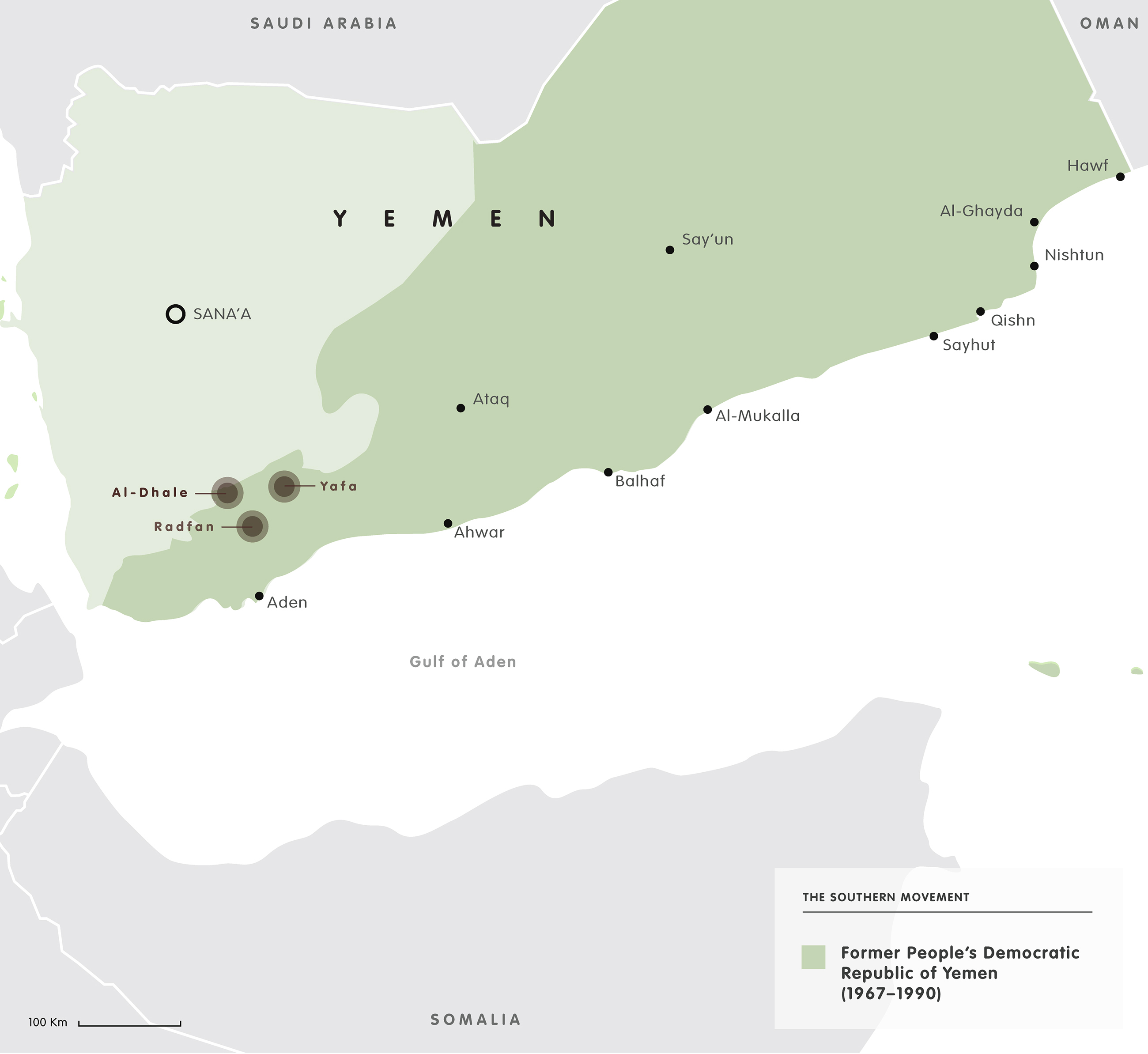 Yemen’s south, which had been a separate country until 1990, attempted to secede in 1994, but was prevented as pro-unity forces consolidated their control over the country. Under the surface, however, tensions began to build. The 2007 emergence of the Southern Movement, an umbrella of factions and figures calling for a return to autonomy in the south. Benefitting from Gulf support to anti-Houthi factions, Southern Movement-allied fighters are now the dominant force in much of the south. But the international community remains committed to Yemen’s continued unity. 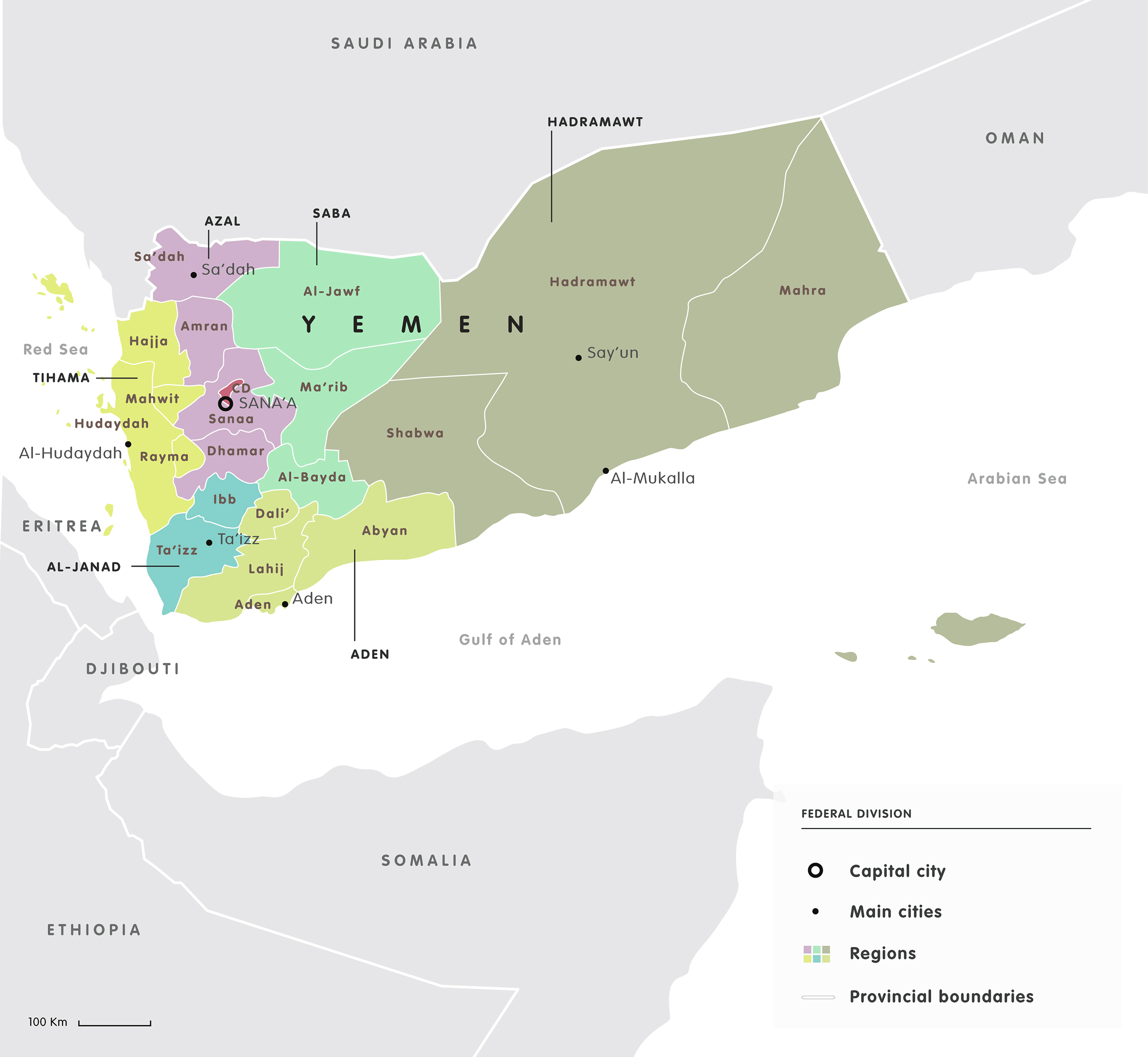 Proposals for a federal system of governance in Yemen have long been in circulation, both in the aftermath of unification and following Yemen’s 1994 civil war. They picked up considerable steam following the 2007 emergence of the Southern Movement, as many southern leaders called for greater autonomy. A federal division of Yemen was finally agreed in February 2014 by a subcommittee in Yemen’s National Dialogue Conference, an ambitious summit that aimed to pave the way for the drafting of a new constitution. The proposal was accepted by the bulk of the country’s political players, with the exception of the Houthis, who expressed reservations about the final divisions, and some factions of the Southern Movement, who opposed the split of the former PDRY into two federal regions.