This guide provides a general walkthrough of SPSS's basic features.

To follow along with this tutorial, download the data set that has been made available through the "About this Tutorial" tab.

This dataset will be formatted as a CSV file. CSV stands for "comma separated values" and files with a ".csv" extension are text files that are meant to be read as tables where every line represents a row and columns are separated by commas. SPSS can import data from a CSV or any other text based file using the  "File"->"Read Text Data..." option. This will open a pop-up dialogue which allows the user to select the CSV file from the hard drive. Once the file has been selected, the "Text Import Wizard" will start. The import process consists of six steps that can be cycled through using the "Back" and "Next" buttons at the bottom of the wizard. 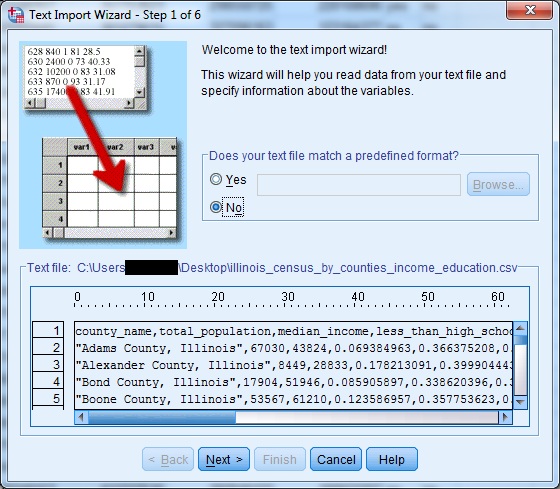 SPSS allows the user to save the settings used to import files, and so this step is asking whether settings for this file have already been saved of this computer. In this case they haven't, so mark "No." 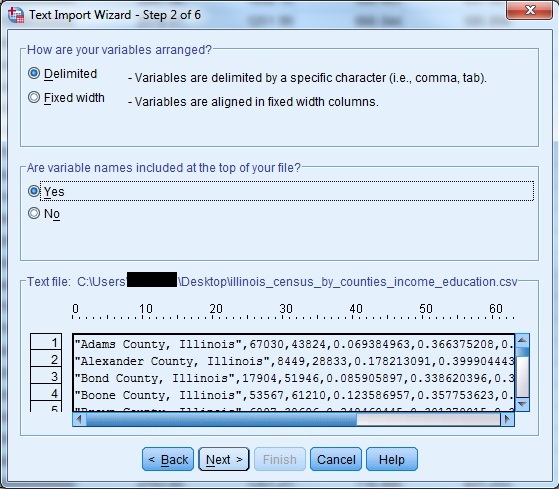 In the second step, mark "Delimited" under "How are your variables arranged?" This tells SPSS that the data is formatted in units divided by specific characters. Then check "Yes" under "Are variable names included at the top of your file?," which specifies that the first line of the file contains the column headers for the table that holds the data. Columns in SPSS are frequently referred to as variables. 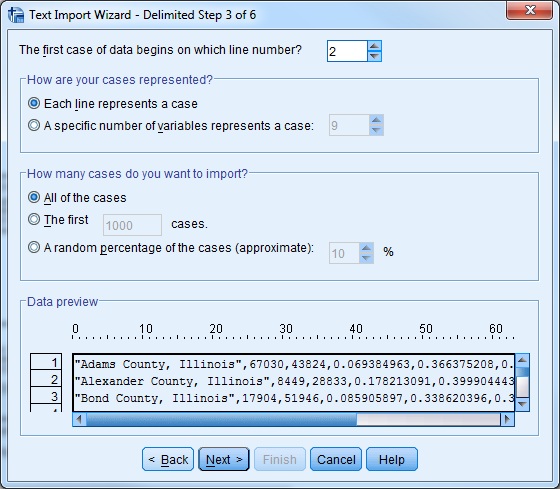 This step controls which parts of the file will be pulled into SPSS. Since SPSS knows that the column names are on the first line, the first case will automatically be set to "2." Each line represents a case, and we will want to import all lines. 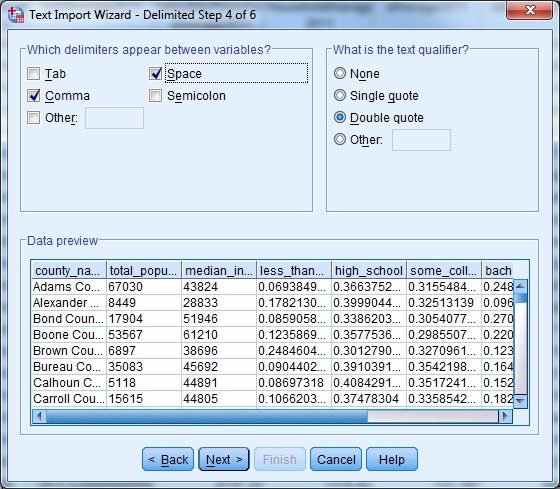 Under "Which delimiters appear between variables?" check "Comma" and "Space." "Delimiters" are the characters that separate each data value. Check "Double Quote" as the text qualifier, which is the character used to distinguish a single value. (This resolves any ambiguity arising form values that contain commas). 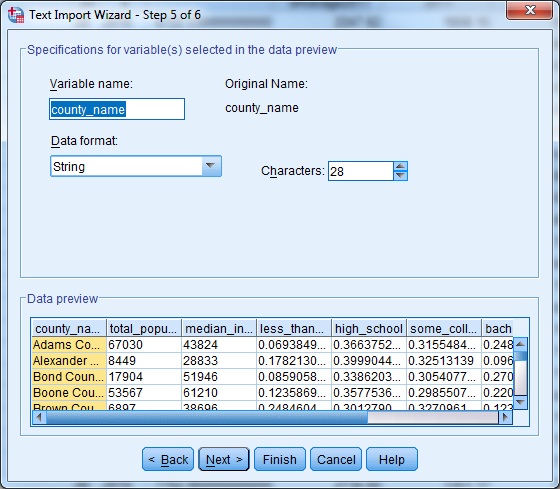 Step 5 allows changes to be made to any of the variable data. You won't need to make any changes for this dataset, but in many instances data sets will not have preimported variable names, or SPSS may not automatically recognize the correct "Data format." The SPSS Data format format of a variable controls what type of value it contains: numbers are numeric and characters are strings. Other types are also possible, like "Date," "Dollar," and "Scientific notation." 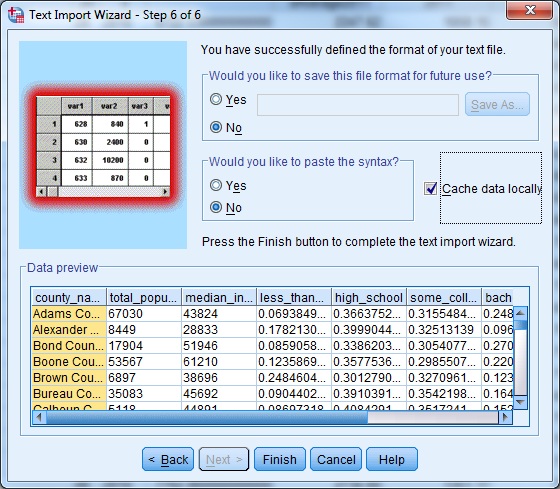 The final step allows the user to save the import configuration by checking "Yes" under "Would you like to save this file format for future use?" The "Would you like to paste the Syntax?" option will print the command syntax to the output viewer. The "Cache Data Locally" option makes a copy of the data in memory to improve performance. Depending on your computers memory you may need to uncheck this for files larger than one or two gigabytes.