A guide to planning and hosting an edible book festival on your campus, drawing on the experiences of the University of Illinois Library. 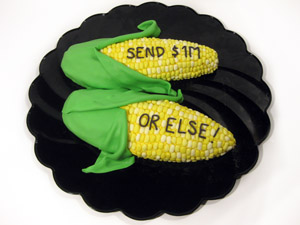 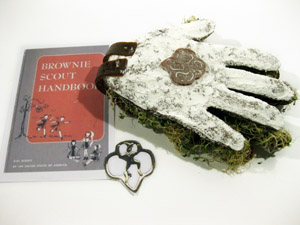 A little competition adds spice to the event.  If you decide to award prizes, it's good to announce the categories in advance.

Here are some categories that have been used at various edible book events:

Another approach is to have very broad prize categories:

Celebrity judges are a fun addition to many edible book events.  Important people from campus or the wider community can help attract entrants and viewers, as well as strengthen relations with partners.  For greater objectivity in the judging, have more than one judge.  Ideally, judges will have some connection to books, food, or art.

Example:   The University of Illinois recruits three judges for its Edible Book Festivals. An odd number prevents the awkward possibility of a tie.  Judges receive no payment, but parking spaces are reserved for them.

Past judges have included:

If you don't want judges, you don't need them.  Let the people vote instead!

Keep the voting process simple.  One option is to give each viewer a small piece of paper on which to write their favorite entry's title and then place it in a centrally located ballot box or basket.  Or you could have a pre-printed ballot, if you want viewers to vote in several categories.  If you're going to announce the winners at the event, be sure to have enough volunteers to speedily count the votes.

Another option is to place an identifying card near each entry.  Then give each viewer one or more stickers and ask them to affix them to the card of their favorite entry.  It will be easy to see at a glance which one is most popular.

Example:  At the University of Illinois, there's a People's Choice Award in addition to the awards selected  by the celebrity judges.  The placard and sticker method is used to determine the People's Choice.  When entrants arrive with their entries, they fill out a card with the work's title and their name and place the card next to their entry.  When viewers arrive, each one is given two dot-shaped stickers--because it's too hard to pick just one favorite.  While the judges are announcing their awards, volunteers check the cards to identify the People's Choice Award, which is announced last.